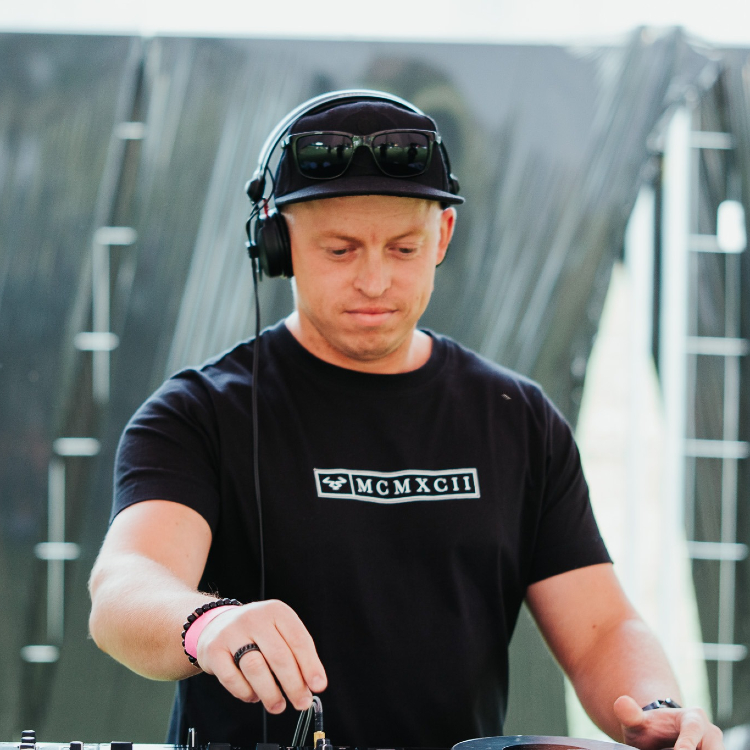 Kling is a DJ residing in Tartu, Estonia. His preferred selection for his sets is neurofunk and generally tracks with a deeper and darker vibe.

In 2015/2016 in a venue called Arhiiv, where Tartu Massive events took place back then.

My first attempts at mixing were done together with my friend S. Põldoja (a.k.a Vidual) in 2013 when I bought myself Pioneer XDJ-R1 controller. We produced some music together and he was the one who taught me how to play. In summary I can say my biggest influence was my friend.

What attracts you to DnB music?

I think I got a taste of it when I was studying percussion instruments, specializing in drums, at Tartu First Music Secondary School. The genre's appeal is in it’s variety of styles, dark basslines and energized drum rhythms.

What kind of drum'n'bass are you mainly playing in your DJ sets?

Generally I play depending on what the party/event is and the time of day. There is and always will be a special place in my heart for neurofunk, deep and dark DnB.

The most played top3 DnB artists or tracks by you:

What should a promoter consider when inviting you to play?

Every party I’m invited to play at is special for me and I always give 100% of myself.

What should definitely be in your artist's rider?

Travel tickets and a place to rest before and after the party. The backstage should have some cold beers, a couple of bottles of cold water and fruit.

The best / most memorable parties you've played at:

2019 March, Rock Cafe’s 'Vacuem' party where I shared the stage with Annix, Mob Tactics, Muzzy and others and I got to converse in length with Mark of Mob Tactics.

2019 December, Mefjus at Helitehas, where I was able to warm up the party and later on meet the legend himself.

The weirdest song request you've been asked during a DJ set:

I was asked to sign a fans wrist and inquired later if they could tattoo it on their arm.

What makes a DJ a good DJ?

I think it doesn’t matter if you know how to play vinyls or you only play from a usb drive. What makes one a good DJ is if they are good at their job, they do it with all their soul and heart and can give that energy to the public.

The best advice you have received as a DJ:

What you are doing is good, don’t ever stop - I am currently not planning to 🙂

Who would you like to collaborate with and / or play b2b in the future?

You gotta dream big and as one of my great idols is A.M.C then with him 😀

My brother or a good friend, who loves this music as much as I do.